For all those who love a great tequila, and for those who are yet to be convinced today, is the day for you. Happy International Tequila Day. We will be celebrating at Hot Tamale with discounted flights on our favourite tequilas as well as bringing you the important information on the history and process on this magical liquid.

Where it all began…

Well, Mexico of course. Though not Mexico as we know it now, Mexico before the Spanish invaded. Pulque, a beverage of fermented agave juice – sort of like a agave beer has been traced to the early 1500s when the Mayans, Aztecs & Zapotecas would give it to their warriors, priests and even their sacrifices.

Where did they discover Pulque? There is no set story but my favourite is an agave was struck by lightning the juices that flowed began fermenting. A little birdy came down for a drink and flew in circles of pure joy! This was seen by someone and they wanted to experience that kind of joy, so they began creating their own pulque. 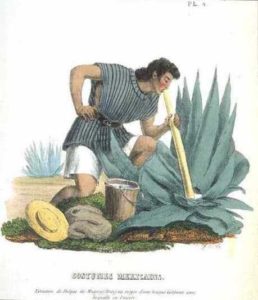 Time passes, the Spanish invaded and took control over Mexico – with them they brought their wines & brandies. Though their stock did not last forever and they eventually had to find a new source to create liquor from. Luckily they brought their cognac stills with them. They observed the Zapotecas brewing their pulque and decided to distill and boom! The birth of Vino de Mezcal or Mezcal Wine – this was around 1630.

The process of Mezcal developed through time, and the first legally registered distillery in Mexico happened in 1758. Most mezcals were being made from the espadin agave due to the easier cultivation & flavour – though they were basically making it from any type of agave. Through the next 50 years they had times of prohibition and regulations put in though the process of creating Mezcal today is still very traditional and not uncommon to be created by a village or a family working together.

Mezcal is known from it characteristic of being very smoky – this is created through the cooking process of the heart of the agave – the pina. Traditionally they dig a large hole in the ground and fill it with coal and the agaves in which they cooked & smoked. This can last for days. Once the agaves are ready they crush them to extract the agave juice, which they ferment & distill to create mezcal.

In the late 1700s, there was talk of this great mezcal coming from an area next to a volcano. The volcano was called Tequila! Have you heard of the Mezcal de Tequila? Mezcal from Tequila? In the region of Jalisco, an agave which is now referred as the blue tequilana weber (since 1902) grew in abundance. It looked very similar to the espandin though had a blue tinge to it – we now know it is a relative agave, kind of like a grandson.

In 1795, Jose Antonio Cuervo & his son Jose Guadalupe Cuervo received rights from the Spanish Crown, King Charles IV to commercially bottle & sell their Mezcal from Tequila. This happened for the first time in 1800. 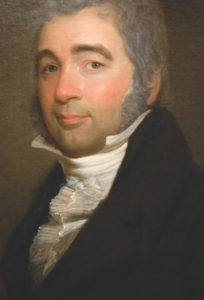 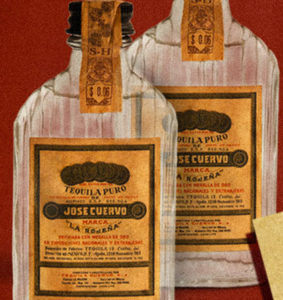 Naturally other distilleries started getting certification and distributing their own Mezcal de Tequila. Through the years a few events relating to the US helped grow the industry – it started with the American-Mexican War where US troops entered Mexico and tried Mezcal Wine for the first time. Then again during the mid to late 1800s in the civil war, moonshine production in the US had slowed due to the fighting so Mexican Vendors took the opportunity to transport their Mezcal Wine to the US to sell. To do this they acquired discarded whiskey barrels to use for transport, this is where the trend of aging agave spirits began.

1873, was the year that tequila became its own. No more Mezcal de Tequila – it would now be known as its own category, Tequila. Not only was the difference in the use of agave but due to the market growing different cooking techniques were introduced which gave it a completely different flavour – which we will go through shortly.

The Mexican Revolution was ten years of mayhem and lots of distilleries suffered and closed their doors. Though shortly after WW1 began and US troops were training in the South and would take their time off and go over the border to enjoy a fiesta and put more money in the industry.

1918 the Spanish Influenza hits Mexico, due to the lack of medical supplies Doctors recommend tequila, salt & lime to cleanse and kill bacteria. This is where the American’s tradition of drinking tequila with salt & lime begun.

1919 was huge in the US, prohibition begun. All alcohol consumption was made illegal & a majority of whisky distilleries closed. Mexico became the place of fiestas for the Americans to be able to cross the border and enjoy a tequila or two – this was a huge boost for the Tequila industry and distilleries were popping up very fast. Tequila was now known to Americans as ‘Mexican Whiskey’.

1930s was huge time for cocktail creations, we start seeing the margarita pop up around the place – tequila sales continue to rise.

WWII was devastating for the worlds alcohol industry as it saw many european distilleries destroyed, though for tequila the export went from 21 thousand litres to 4.5 million litres in just 5 years. This is where we see another large group of distilleries open their doors.

Due to the huge growth of tequila in a small amount of time, agave shortages were happening around 1956 and we see the first mixtos hit the market. A mixto tequila is a tequila that is basically ‘watered’ down with various other spirits and flavours added to it. Gross right? Yes these are still available today and give you a terrible hangover due to the mix of sugars in them – have you experience this? Not to worry! It is easy to tell the difference – a true tequila, with 100% Blue Agave will have on the label 100% de agave or something similar.

In 1993 the CRT was formed – Consejo Regulador del Tequila. A non for profit tequila regulation group that promotes, culture & prestige of tequila.

Tequila continued to grow and it still growing fast to this day.

Where can it be made?

Tequila is similar to champagne or cognac – it has a denomination of region. Tequila can only be produced in five different regions of Mexico. These are Jalisco, Tamaulipas, Michoacán, Guanajuato and Nayarit. Though at this time there are only two distilleries in production outside of Jalisco, these are Corralejo in Guanajuato & Chinaco in Tamaulipas. 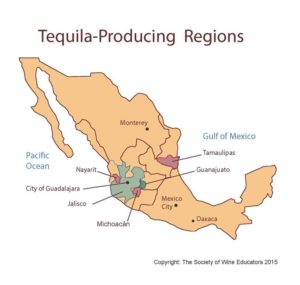 Jalisco is home to the town of Tequila, in Jalisco there are two different atmospheric levels in relation to Tequila. You have highland or los altos and valley tequila. Tequila is located in the Valley where as the town of Arandas is in the highlands and is situated close to a majority of the most popular highland distilleries.

What is it made from?

Tequila is made from the blue tequilana weber agave – an agave which takes 8 to 12 years mature and has a blue like tinge. The heart of an agave is referred to as a pina as it resembles a pineapple once the leaves are shaved off. An agave must be harvested before the quiote appears. The quiote is a flowering stem in the middle which blooms the flowers that are seedlings for new agaves. The other way agaves reproduce is via a hijuelos or ‘pup’. This is a mini genetic double which grows out the side every couple of years – these pups are replanted for the next harvest. 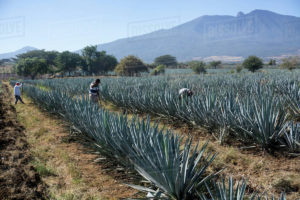 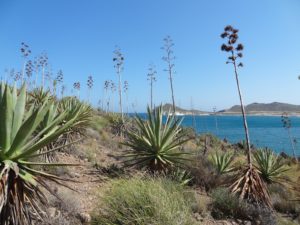 After the agaves are harvested by a Jimador – they are transported back to the distillery to be cooked. In tequila production, agaves are cooked traditionally in a ‘hornos’ or oven. In more modern or mass produced tequila distilleries you will find autoclaves – these are similar to pressure cookers. 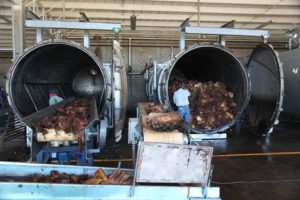 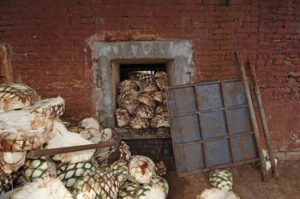 The agaves can be cooked between 6 hours are multiple days depending on which method and what the distillery wants out of the agave.

To then extract the aguamiel or honey water they crush the agave. The traditional method is which a tahona wheel pulled by a donkey, around a circle. The modern workmanship includes a machine called a shredder mill which is a conveyor belt which takes the agave through shredding teeth multiple times to extract the aguamiel. 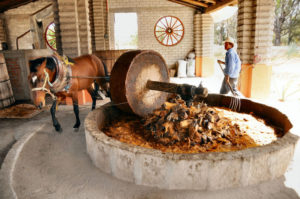 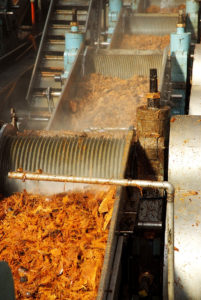 The aguamiel is then left to ferment and become alcoholic – an agave beer. This is usually around 6% alcohol. Tequilas are then distilled either two or three times, depending on the characteristics the distiller wants out of their tequila. Twice distilled tequilas usually have more agave & earthy notes. After the first distillation it is called ordinario at roughly 26%, a very earthy flavour and not very pleasant. Second distillation comes out anywhere between 40% and 55%.

After distillation it can be bottled or rested in stainless steel and be called Tequila, this is a blanco tequila. A blanco tequila can be rested in oak barrels for up to two months and still wear this age statement. If you leave the spirit in the barrel for 2 months to 12 month it is then a reposado ‘rested’ tequila. From 1 year to 3 years it is an anejo ‘aged’ and 3 years plus is an extra anejo. 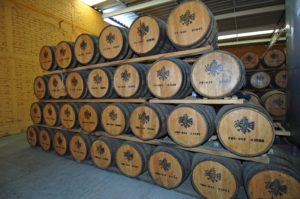 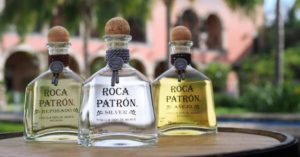