Margaritas, the word itself usually perks anyone within earshot up. Why do we love them? Where did they come from? Why do we still love them today?

Like most classic cocktails the origins of the creation is unconfirmed, though never let the truth get in the way of a good story.  A few of our favourites are listed below;

In 1938 there was a gorgeous showgirl, Marjorie King. Now Marjorie was allergic to all types of alcohol except for tequila, so restaurant owner Carlos Herrera mixed a drink with tequila, lime & salt just for Marjorie to enjoy.

Tijuana’s claim was it was a cocktail mixed up for Rita Hayworth in the 1940s during a theater gig. 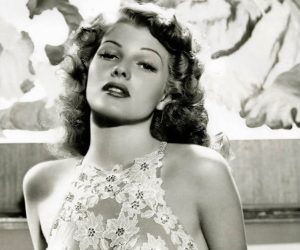 Texas takes claim with two stories, first one was in 1948 local socialite Margaret Sames mixed one up at her house parties in Acapulco. Another one in Galveston to singer Peggy Lee.

After all the fun from the stories what we believe to be the most realistic is going back the the origins of the classic cocktail the Daisy. A daisy was pretty versatile being a mix of a spirit with citrus & grenadine served over shaved ice. Very popular cocktail during the 1930s through to the 1940s. The Spanish translation of Daisy is Margarita, see how this sounds like the most likely story?

Though there are many other cocktails that sound like the margarita was just a twist of, Picador & Sidecar to name a couple. Though in saying all of this it also does not mean the above stories are false, they might’ve been the first to use tequila, lime & orange liqueur. Though like many things, we will never know.

Something we do know, Jose Cuervo was promoting the Margarita as a cocktail since roughly the 1940s. Cuervo has run multiple campaigns on Tequila & Margaritas throughout the years. 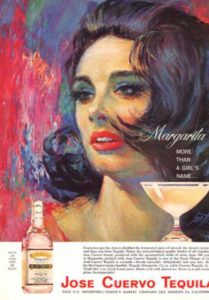 Enter the 1980s, Julio Bermejo is running his family Mexican Restaurant Tommy’s Mexican in San Francisco. Julio really led the charge quality tequila, he only stocked Tommys Mexican with 100% Blue agave tequila in a time that it wasn’t really appreciated or known.

The classic margarita is delicious, though Julio wanted to serve a margarita that really complimented the quality tequila he was putting into his cocktails. This is how the Tommy’s Margarita was created.

When we opened in 2012, we were inspired by Julio’s core values and only stock 100% blue agave tequila. For the past 5 years Tommy’s Margarita was our best selling with making up to thousand a week. We still love our Tommy’s, though we have now created our own Margarita which we love even more. We have created an orange oil sugar that is fragrant and with a slight citric sweetness which compliments the vibrant pepper of agave & any barrel notes from a slight age. These have taken over the Tommy’s popularity in the past 8 months with fantastic feedback from our guests.

Thanks for reading! If you have a favourite margarita let us know, hope to see you soon.