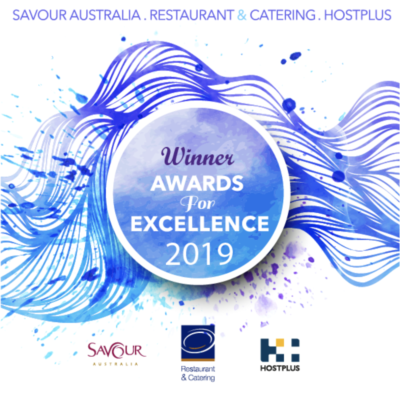 More than 130 local restaurants, cafes and catering businesses gathered to celebrate the achievements of their peers who were judged in over 40 categories, with the winners announced at the Awards for Excellence ceremony held at the Brisbane Convention & Exhibition Centre.

The Awards are judged by an independent team of trained judges who anonymously visit the venues to determine the restaurant/café winners. The scores are based on the entire dining experience from food to the customer service experienced when the judges anonymously dine.

R&CA CEO Wes Lambert says, “Hot Tamale should be proud of their achievements. Running a hospitality business isn’t easy – there’s a lot of blood, sweat and tears that goes into to making it work. But when you get the right mix of staff, produce and service, the results can be extraordinary.”

Hot Tamale may compete with other finalists at the National Savour Australia Restaurant & Catering Hostplus Awards for Excellence to be held at Howard Smith Wharves in Brisbane on Monday 28th October 2019. Finalists will be advised of their status by late September.

R&CA is the industry association representing thousands of restaurant and catering businesses across Australia. To view the full list of category winners in the 2019 Savour Australia Restaurant & Catering Hostplus Awards for Excellence, visit the R&CA website at www.restaurantcater.asn.au.