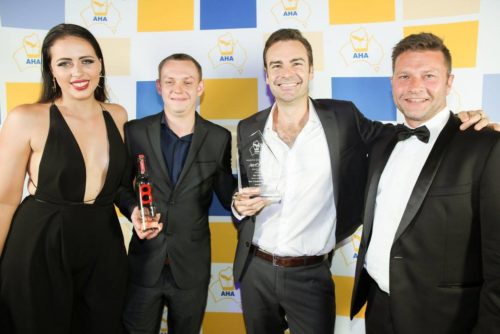 It is now time for the Australian Hotels Association NT Awards for Excellence again! Last year we took out the award for Best Training Initiative & Anneliese Grazioli was awarded Bartender of the Year. 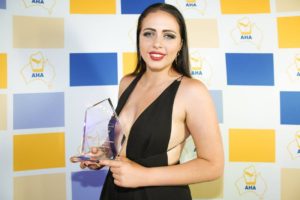 The 2018 AHA NT Awards for Excellence will see multiple of our staff as finalist and we are wishing them the best. 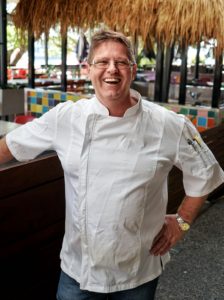 Chef Martin has been working at Hot Tamale for the past year as our Executive Chef. Martin has worked all around the world and with his varied experience including a stint in Spain he has brought experience & passion into our kitchen. Martin has a strong passion for all his food but also in the training of staff, he enjoys teaching our apprentices new skills and loves to see his team thrive.

Excellence in Service (Front of House)

Originally from Scotland, Becca moved to Australia to continue to grow her career in hospitality and has fallen in love with the Australian Hospitality Scene. She has been part of our front of house team since September 2016. Becca enjoys giving every guest an individually catered experience and loves to see them leave the venue happy. Her personality is definitely contagious and we have seen her train our trainee waitstaff to become solid members of our team with the same ideals.

Apprentice of the Year 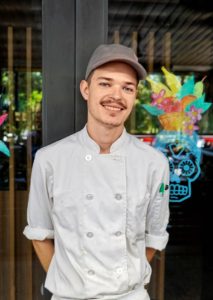 Anthony is from Darwin and grew up here, he was always very passionate about food and made the decision to become an apprentice chef a few years ago. He started at Hot Tamale two years ago as a first year apprentice and has enjoying it ever since. He choose to apply at Hot Tamale due to his love of Mexican food and was excited to make dishes, sauces, etc from scratch.

Bartender of the Year

To win Bartender of the Year, the bartenders go through rounds of the competition to claim the top spot. Today (Monday the 28th of May) they will sit for a blind tasting of whisk(e)ys and a written exam on all things bartending; cocktails, spirits, beer, wine & service.

The top four scoring from these will be chosen to create an original cocktail and present it at the AHA NT Trade Show in front of the whole Darwin Hospitality Industry and three judges. The highest scoring will be announced AHA NT Bartender of the Year at the awards night on Wednesday the 30th held on the lawns of Skycity Casino.

We have two of our bar team as finalist who will be competing against the rest of Darwin’s best in this competition.

Matty has been part of our team since day one, he is a Darwin local and loves the bartending scene up here. For the past 5 and a half years we have watched him grow and become passionate about customer service, cocktails and definitely tequila. Matty loves to talk about all things agave, so if you catch him behind the bar get ready for a lesson in why we all love tequila!

Alex has worked at Hot Tamale for just over two years, originally from London but has found his home in Australia. He has a strong passion for bartending and has a knack for winning all the local bartending competitions. He loves his tequila but enjoys the art of mixing cocktails.

We are wishing the best of luck to all our team! Comment on the post to give them support.